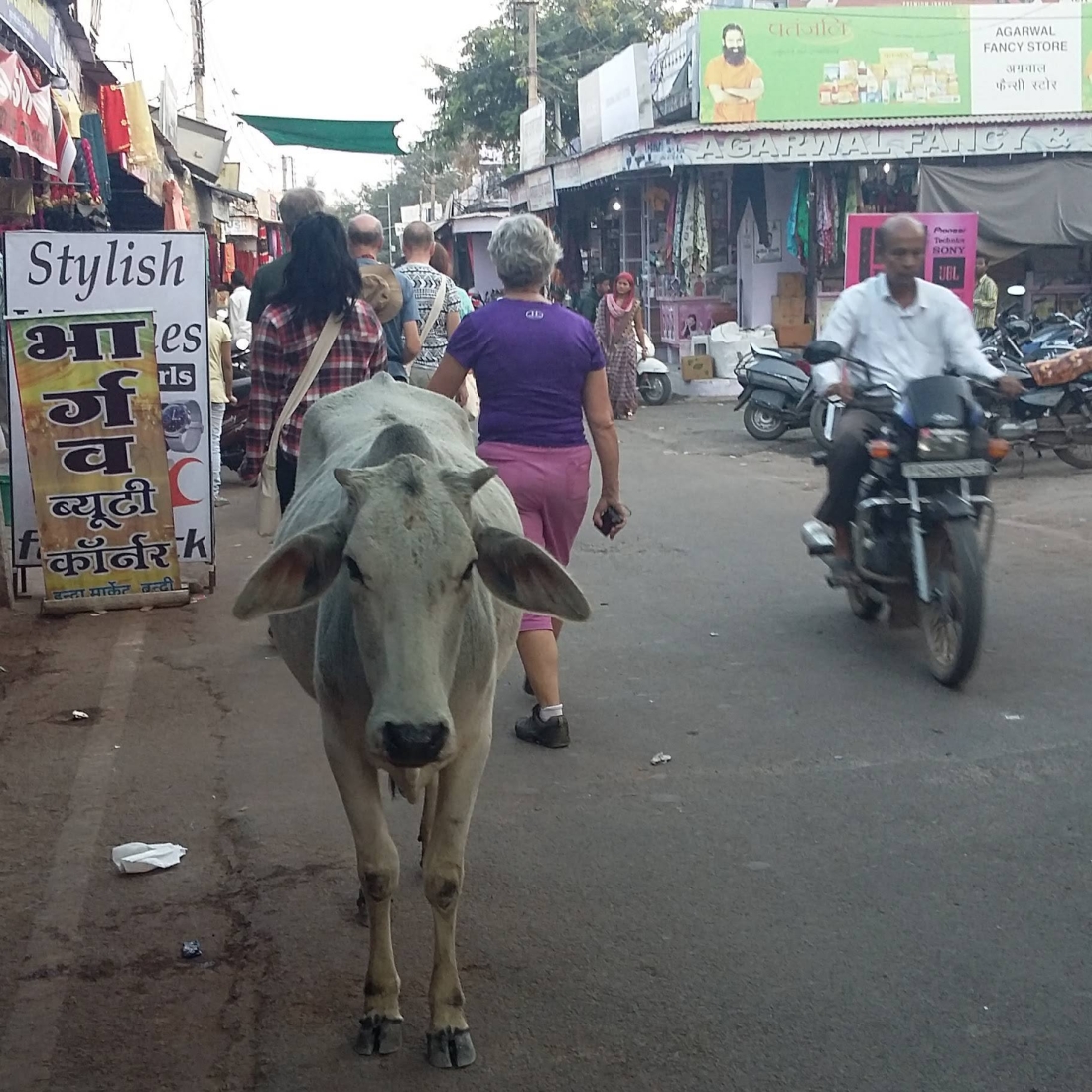 We speed through the town of Bundi in an ancient jeep, built with Indian Tata steel, light seeping through its rusty holes, clinging on for dear life. We hit a roundabout (of sorts) and seem to turn right instead of going left and there in the middle of one of the busiest crossings in Bundi is…. a family of cows! Some are sitting, some are standing, and others are wandering aimlessly across the road. Of course, cows in India are a very common sight. They are everywhere…. on the main streets, up alleyways, in the markets and even at the railway station.  They amble slowly side by side the jeeps, tuk tuk’s, bicycles and cars that pack the streets of India’s towns and cities. They have the right of way on the road and are free to roam the streets by day, returning to the families that own them by dusk. Cows in India are highly respected, and beef is not eaten by its indigenous people, however families often own their own cow for milking. In India anyone found harming a cow is imprisoned and we learn that cows are ceremoniously cremated (like humans) on their death. Cows are particularly revered in the Hindu religion, of whom most are vegetarian. Legend has it that Lord Krishna (the 8th incarnation of Lord Vishnu) was very fond of the cows his family kept for milking and first granted them their holy status. Rumour also has it that he had 1600 girlfriends, after denouncing demons which were trapped within their bodies. Make of that what you will!

They come in all shapes and sizes, some are cute with big brown eyes and floppy ears, however most are what could only be described as scraggy. All seem chilled out, totally oblivious to the chaos around them, but project an air of confidence that their holy status will protect them from whatever the frenzied streets of India can throw at them. I can’t help but smile every time I see one….. all hail the cow! 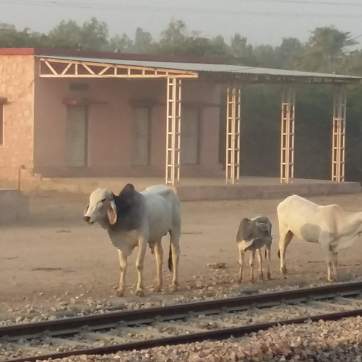